The New Year brings new projects, and last month Kingston Creative launched a really interesting one for 2022. However, this is a reminder that the deadline for applications – January 14 – is just around the corner! Here’s more… Creative Hack JA is a hackathon that brings together entrepreneurs, tech enthusiasts, creatives and other problem-solvers … END_OF_DOCUMENT_TOKEN_TO_BE_REPLACED

Wildlife trafficking breaks my heart. Now, BirdsCaribbean has discovered that a huge online trade in wild birds has escalated in Cuba. Here is their press release: December 21, 2021—BirdsCaribbean is extremely concerned at the drastic increase in the capture and trafficking of wild birds in Cuba over the past two years, and is urging the … END_OF_DOCUMENT_TOKEN_TO_BE_REPLACED

It’s International Human Rights Day, and it’s not just a hashtag. A lot has been going through my mind today. These are stormy times, with the wind blowing first one way and then the other. A sudden rogue wave appears and nearly knocks you off your feet. 2021 has been strangely – and perhaps surprisingly … END_OF_DOCUMENT_TOKEN_TO_BE_REPLACED 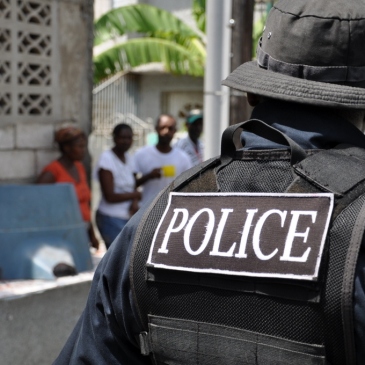 I wrote recently for Global Voices about the imposition of States of Public Emergency (SOPEs) in no less than seven police divisions across the island on November 14, in light of a tremendous spike in our murder rate. Well, the SOPEs will end this weekend, after just two weeks. After hours of debate, the Upper … END_OF_DOCUMENT_TOKEN_TO_BE_REPLACED

I sometimes wonder whether media commentators are a little tired of topics like the Cockpit Country, because they are not going away. I can almost see them doing the “eye roll” emoji as they sit down to pen a careless piece for the Sunday Gleaner, such as the article by Mr. Mark Wignall on November … END_OF_DOCUMENT_TOKEN_TO_BE_REPLACED

from Marianne Van Steen, Ambassador of the European Union to Jamaica and Dr. Garry Conille, United Nations Resident Coordinator to Jamaica on The violence perpetrated on November 16th against several participants of a Spotlight Initiative Workshop in Westmoreland The past few days have been disturbing. On Sunday, November 14, Prime Minister Andrew Holness announced that … END_OF_DOCUMENT_TOKEN_TO_BE_REPLACED 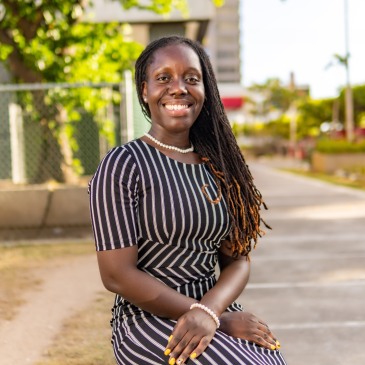 When I read the local headlines I am often filled with gloom. We are all tired of reading about gangs and corruption, COVID-19, and the terrible abuse of our women and children. It is depressing. I think some of my pessimism has carried over into the Climate Change Conference (known as COP26) which will be … END_OF_DOCUMENT_TOKEN_TO_BE_REPLACED

Jamaican poet Ann-Margaret Lim was published on the Academy of American Poets’ Poem-a-Day today (October 21). The poem is a memorial to Stephen Lawrence, the 18-year-old who was murdered by a gang of white thugs at a bus stop in London in 1993. Investigations into the murder were rife with corruption allegations, and a subsequent … END_OF_DOCUMENT_TOKEN_TO_BE_REPLACED

I have been thinking a lot about peace recently, and my thoughts will be in a follow-up post – including the critical role that our young people can and will play. I particularly like the United Nations’ alliterative theme for UN Day this year – all those “P”s! In Jamaica, as almost everywhere else, climate … END_OF_DOCUMENT_TOKEN_TO_BE_REPLACED

The alleged cutting of a Rastafarian woman’s dreadlocks by the police on July 22, 2021 caused a huge wave of outrage on Jamaican social media. I wrote about the case here for Global Voices. Well, once the storm of outrage had died down – and other news items and new “things to be shocked about” … END_OF_DOCUMENT_TOKEN_TO_BE_REPLACED