Jamaican entrepreneur and publisher Tanya Batson-Savage, not in the least intimidated by the current COVID-related economic uncertainties, has come up with a great way to move forward with a new project aimed at Jamaican young people through her company, Blue Banyan Books. She is that kind of determined entrepreneurial woman. I agree with Tanya: children should really get to know the extraordinary Jamaicans that people the island’s history. They led exciting lives, broke barriers, and translated their vision into action. I think graphic novels are a great format that will appeal to this age group – and will really bring Marcus and Mary to life.

While graphic novels have become increasingly popular among readers of all ages, and particularly engaging for the young, Caribbean publishing has generally steered clear of this dynamic format – in large part due to the cost, which is prohibitive for small publishing houses.

The twinned biographies will target children 8-12 years old. Celebrated poet, novelist and Garvey advocate Geoffrey Philp, winner of a Canute Brodhurst Prize and James Michener Fellowship, authors My Name is Marcus. Philp’s works include Benjamin, My Son and Garvey’s Ghost. Djet Lane, one of the most exciting illustration talents in Kingston today, will illustrate the graphic novel.

My Name is Mary will be authored by Tanya Batson-Savage (Pumpkin Belly and Other Stories), based on the fantastic research skills of Winsome Hudson, former National Librarian of Jamaica. Seacole’s life and travels will be illustrated by Staysean Daley, an illustrator, designer and entrepreneur.

The campaign funds will cover the full development of both biographies including illustration, design, printing and marketing.

“With all that’s gone wrong with 2020, one thing that has gone right is the world’s coming to terms with racial injustice. Jamaica must be a part of this conversation, and who better to start with than Garvey and Seacole,” said Batson-Savage, who also helms Blue Banyan. “They are two of the greats Jamaica gave to the world, but our own children don’t know enough about them.”

Mary Seacole, born in Kingston in 1805, was herself a victim of Cholera but attended to the sick in Jamaica, in Panama, and, during the Crimean War. Born almost a century later on August 17, 1887, Garvey was a formidable public speaker who helped to shape the modern civil rights movement, promoting ideas of social resilience and racial equality.

The biographies won’t be the first pieces of ground-breaking work published by the imprint, which produced the poetry collection In This Breadfruit Kingdom, selected by Mervyn Morris; as well as Una Marson’s plays Pocomania and London Calling.

“It isn’t accidental that both Seacole and Garvey published their own stories, were fearless in the face of racism and were entrepreneurs. They understood the power of the written word and the value of entrepreneurship. I also think it’s very important that these stories aren’t just coming from the big publishing houses, but that Jamaicans are telling our stories,” said Batson-Savage. 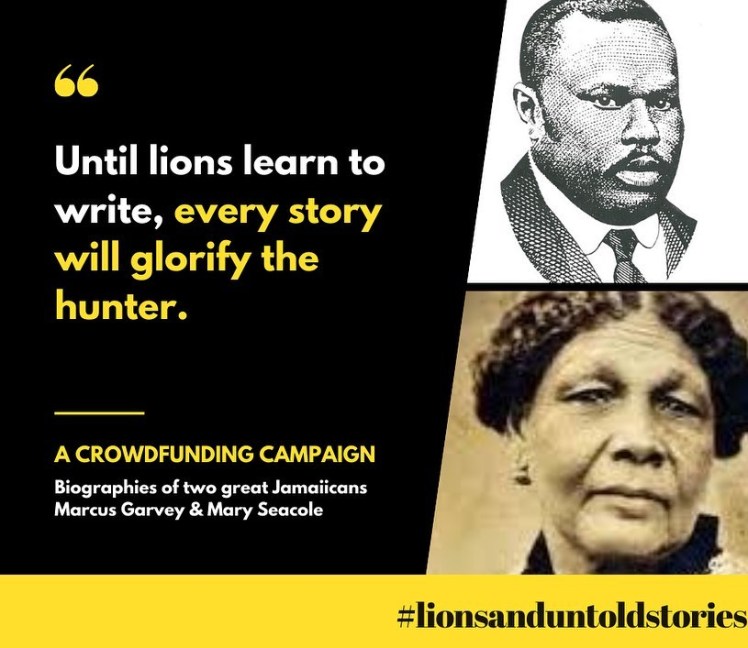