This month has been tremendously busy  – at home and abroad – with all kinds of weighty matters under discussion and debate. For a start, the Jamaican delegation to the UN Climate Change Conference (COP-24) wrapped up warm and travelled to Katowice, Poland, where they worked very hard. Here are a few of my comments from the “pre-COP” held before they left. They just returned. As usual, the question was: Is there anything to celebrate? Here is an initial report from the frontlines. I have added a photo gallery at the end, gleaned from numerous tweets from Katowice.

The Caribbean Community (CARICOM) put out a Regional Statement on the Inter-Governmental Panel on Climate Change (IPCC) Special Report on the Impacts of Global Warming of 1.5° Above Pre-industrial Levels. As you recall, the “1.5 to Stay Alive” campaign – spearheaded by Caribbean islands – made a remarkable impact at the Paris Climate Change Conference.

Kingston, Jamaica. December 18, 2018. Jamaica’s negotiators on Saturday night breathed a sigh of relief and welcomed the final text contained in the 256-page Katowice Climate Change Package or more commonly called the rulebook outlining the guidelines for implementing the 2015 Paris Agreement.

“It was a long and intense period of negotiations and although there are some areas that we would have liked to see more action on we are glad that we reached consensus,” said Una-May Gordon, head of Jamaica’s delegation to the 24th Conference of the Parties of the United Nations Framework Convention on Climate Change meeting that concluded on December 15, 2018.

Jamaica had in its initial country statement at the UN Talks called for a clear move from climate talk to action especially through the operationalizing the Paris Agreement.

“Mr Chair, the task here in Katowice seems daunting but they are not insurmountable. We need a renewed focus in furtherance of previously agreed outcomes to get us back on track to effectively address climate change,” said the statement dated December 12, 2018. During the second week of the climate talks, each country gives a short address to the general plenary session of the meeting.

“Parties have an obligation at COP 24 to the citizens of the world and we must show that the international community is still capable of coming together to solve any difficult problem. Mr Chair, we must move from Climate Talk to Climate Action,” Jamaica’s statement said. “We do hope that the outcomes of COP 24 will result in the full and effective operationalisation of the Paris Agreement. Indeed the world is watching and waiting and we cannot disappoint.”

Jamaica, in its written statement and interventions elsewhere at the Conference, was among countries calling for the Conference to welcome the findings of the Special Report prepared by the Intergovernmental Panel on Climate Change (IPCC), on the impact of warming of 1.5 degrees Celsius. In the end, however, the COP welcomed the completion of the report and invited Parties to use the information. At the “Pre-COP” consultations held in November ahead of the international meeting, Prof. Michael Taylor of the University of the West Indies was recognized for his role as a lead author of the special report.

On Saturday, December 15 – the final night of the two-week UN Climate Meeting – 197 countries signed off on the Katowice Climate Change Package which outlines among other things:

·       How to assess progress on the development and transfer of technology

·       The inclusion of loss and damage associated with climate change in the rulebook. This is key as there is the need for recognition of the limits to adaptation that developing countries such as Jamaica grapple with as climate change continues to manifest. Parties can include information on their efforts on averting, minimizing and addressing loss and damage for consideration in the enhanced transparency framework and the GST.

·       Adaptation was also another element of the decisions adopted. This included guidance on adaptation communications, and the establishment of a registry, among others. Reporting on both adaptation and loss and damage will go a far way in helping countries to leverage support needed.

“It was not the perfect agreement but we note that it is not the end of the process. This is just the beginning of the implementation of the Paris Agreement and we look forward to engaging and ensuring that the rulebook is implemented,” said Gordon.

Jamaica had a 14 member team at the UN Climate Talks over the two week period. The team included the official delegation of four negotiators, the private sector, youth and civil society representatives. 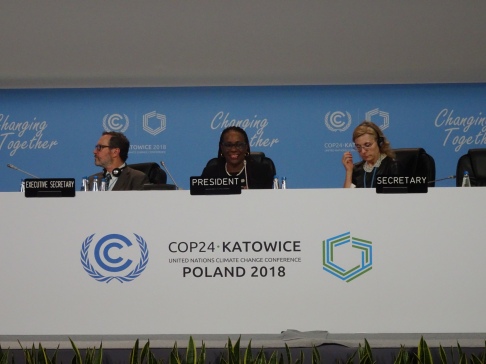 Una-May Gordon, Head of Jamaica’s delegation to the United Nations Framework Convention on Climate Change Conference of the Parties meeting, assuming the Presidency of a part of the high level segment during the last week of the recently held two week talks. The meeting drew over 28,000 participants globally to discuss Climate Change issues including the operationalizing the Paris Agreement signed in 2015 by 197 countries. (Photo: PPCR) 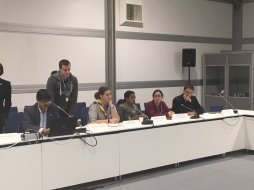 A more positive message than “We’ve only got twelve years to fix this!” (Photo: Twitter)

But then again…Executive Director of Greenpeace International Jennifer Morgan said this… (Photo: Twitter) 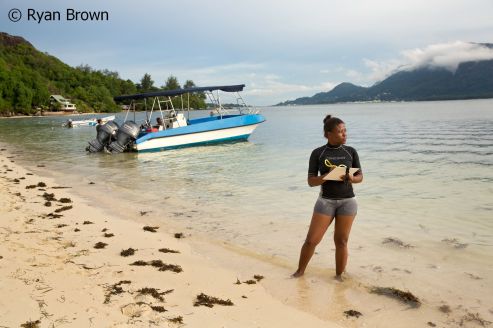 Images for 1.5C: IPCC predicts 70-90% of coral reefs will be lost after 1.5C of global warming – a disaster for the people and ecosystems that rely on them. In this photo, a Seychellois scientist monitors reef health. (Photo: Twitter) 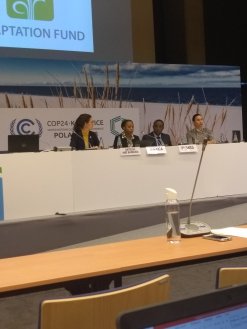 “Through our experiences we have been able to identify some of our most valuable sectors – agriculture and coastal resources. Agriculture a critical sector in Jamaica has benefitted from strengthening of water user groups and farmer field school training” says Le-Anne Roper, Adaptation Specialist at Jamaica’s Climate Change Division (2nd left). (Photo: Twitter) 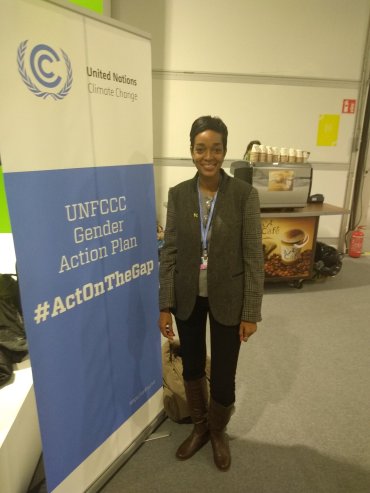 The first ever UNFCCC Gender Action Plan was adopted at COP23. Today we celebrate women as climate activists and champions. #women #ActOnTheGAP #ActOnClimate A tweet from youth representative Jhannel Tomlinson. 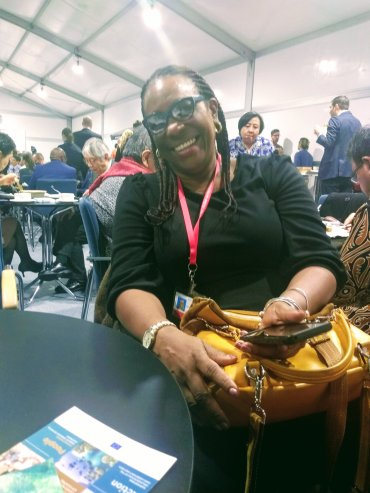 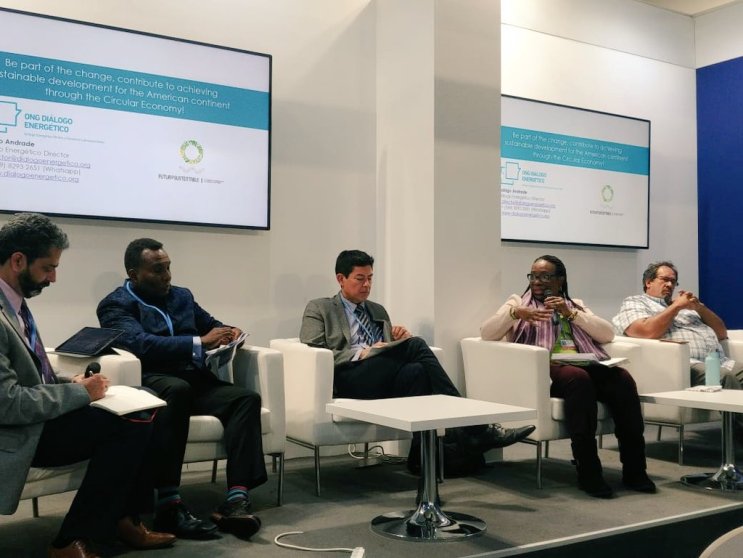 Principal Director of the Climate Change Division Una May Gordon (2nd right) speaking at an IDB side event on the circular economy. (Photo: Twitter)

Just me and the thoughts in my head

SEE THE BEAUTY. FEEL THE JOY.