In my Vodpod collection on the left of the screen (scroll down just a little) you will see a video – only two or three minutes long, with no commentary.  But it speaks volumes.  It was made by the Jamaica Environment Trust, a non-governmental organization that continuously – and vividly – describes the slow (or in some cases, precipitous) destruction of our fragile island’s environment.

The following is the description underneath this video, posted on YouTube.  It is one of several films made by the filmmaker Esther Figueroa for JET that are like a punch in the gut – especially to those of us who remember, not so long ago, when there were precious, untouched areas.  It really hurts.

Please do share the video with anyone who cares about the environment, and wetlands in particular… and do support the Jamaica Environment Trust in their valiant work.  Jamaica would be a lot worse off without them.

The Palisadoes Tombolo and the surrounding waters, cays and reefs constitute one of Jamaica’s most valuable ecosystems. Its mangrove forests shelter boats during hurricanes, provide a natural water filtration system and function as nesting sites for seabirds, and nurseries for marine life. The cays, reefs and beaches are important for recreation and scientific research, and are home to several rare and endemic plant species.

In recognition of this valuable resource, the Minister of Environment and Housing in 1988 declared the Palisadoes-Port Royal Protected Area under under Section 5(1b) of the Natural Resources Conservation Authority Act. The boundaries of the protected area extend from Harbour Head in the east to Port Royal in the West and include the biologically sensitive areas of the Port Royal Mangroves and the Port Royal Cays as well as the archaeological area around and adjacent to the town of Port Royal. The strip is a marine biodiversity hot spot, and also a RAMSAR Wetland of International Importance.

The Palisadoes is a major gateway to Jamaica, protecting the 7th largest natural harbour in the world — the Kingston Harbour — and the site of several marinas and one of Jamaica’s international airports.

The vision for the sustainable development of the Palisadoes-Port Royal Protected area as declared by the NRCA (now NEPA) and Government of Jamaica in its management plan for the site is, among others:

– To decrease the impact of pollution on the productivity and purity of the area’s water, plant and animal resources
– To reduce degradation of environmental resources through the enforcement of regulations
– To increase control by local people of sustainable income generating activities
– To recognise and restore the historic beauty of Port Royal
– To implement plans for urban growth of proper scale and character, avoiding or mitigating the impacts of development and in-migration on the environment, social conditions and infrastructure

On April 22, 2010 a project funded by Chinese Ex-Im Bank was launched by the GOJ to raise the flood-prone Palisadoes road six to eight feet above its current level and the construct a four-lane highway.

The construction of this highway raises concerns with regards to the conservation of the Palisadoes-Port Royal Protected Area and its complex and delicate ecosystem.

In 2011 a judicial review brought against the National Environment and Planning Agency (NEPA) by JET, the Supreme Court ruled that NEPA breached the legal standard for the holding of public consultation for the development.

To date, work continues on the Palisadoes roadway, further resulting in the destruction of this coastal ecosystem. 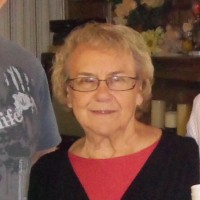